The Updated Pylon Token Paper Is Out!

Last June, we announced an update on our tokenomics, which was aimed at:

Today, we are happy to release the updated version of our token paper, which reflects these updates.

The token paper has been published on our website and can be found here.

This post provides a summary of its highlights, which follows. Enjoy!

Anyone can become a federated node by staking the required amount of PYLNT. The staking amount is 5,000 PYLNT. Whitelist participants that will become the first (genesis) nodes of Pylon Network’s Mainnet will receive a 30% discount on the staking amount (i.e. 3,500 PYLNT).

The process for setting up a Pylon Network node will be the following:

There will be two options for becoming a node, depending on the technical flair of the interested users (and the time/hustle required).

2. Frequency and process of PYLNC distribution to Federated Nodes & PYLNT-holders

3. The value of PYLNC and the transition period after Mainnet launch

PYLNC is utilized as a fee for all transactions that take place inside the network.

In this form (and within what essentially becomes a consumer-centered energy data marketplace), PYLNC will play the role of reflecting the value of the energy data and trace / allocate their utility and value by the participating stakeholders. Note that Pyloncoin can only be mined on the Pylon blockchain.

Any entity that would like to interact with the Pylon blockchain will need to pay PYLNC as a transaction fee (i.e. gas) once the Mainnet is launched. An entity will either need to own a federated node or PYLNT, to receive PYLNC. Alternatively PYLNC can be bought from the open market via exchanges.

The fee in PYLNC is paid in relation to kbyte of data transacted with the blockchain and will be variable (with a maximum and a minimum). The maximum and minimum is dynamically regulated according to the number/size of transactions of the main pool. The exact fee structure will be determined (via a series of tests and validations) during the transition period of Pylon Network. 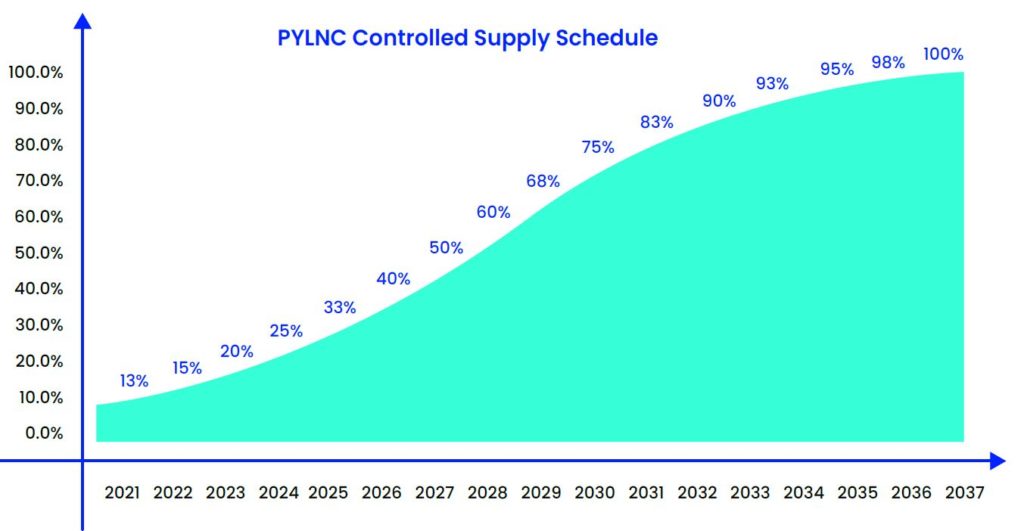 Please note that the pre-mined PYLNC (10M PYLNC) will be reserved for future on-boarding of new customers/users, to explore new use cases and demonstrate them in a real environment.

The pre-mined coins will be held in a wallet, with a publicly known address and any movement from that address will be done under fully transparent processes and previous communication.

5. Whitelist for federated nodes and launch of MainNet

The Whitelist will be launched shortly after the publication of the updated token paper. The communication of the launch will take place via all our communication channels as well as external channels. For making sure that you receive all the information, join our official telegram chat and announcement channels.

The Whitelist discount benefits (-30%) will only be available for nodes that register before the launch of Pylon Mainnet. Anyone who wants to set up a node after that will not get this discount and will be required to stake the full amount – i.e. 5000 PYLNT. Each token holder is allowed to own more than one Federated Node, if they wish to stake the required amount of PYLNT. Note that for setting up a node, KYC process will be required.

Pylon team will have a minimal amount of nodes, which will be determined by the external interest and participation in the Whitelist for the FN.

The publication of the whitelist will be communicated via all our channels and communities.

Pylon is going to take the Bottom-Up approach i.e. interact, learn, and adapt to achieve the long-term vision. We believe this is the only way which will allow us to deliver value to our customers and establish the much-needed trust which is currently missing in the energy sector.

The recent regulations around Collective Self-Consumption (CSC) have presented us with a huge opportunity to implement this use case in Spain and at the same time, expand into other countries with similar potential.

The implementation of the project will be carried out in three (3) stages, leading to the long-term, full deployment of Pylon Network’s ecosystem around Pylon NDH, as shown below. 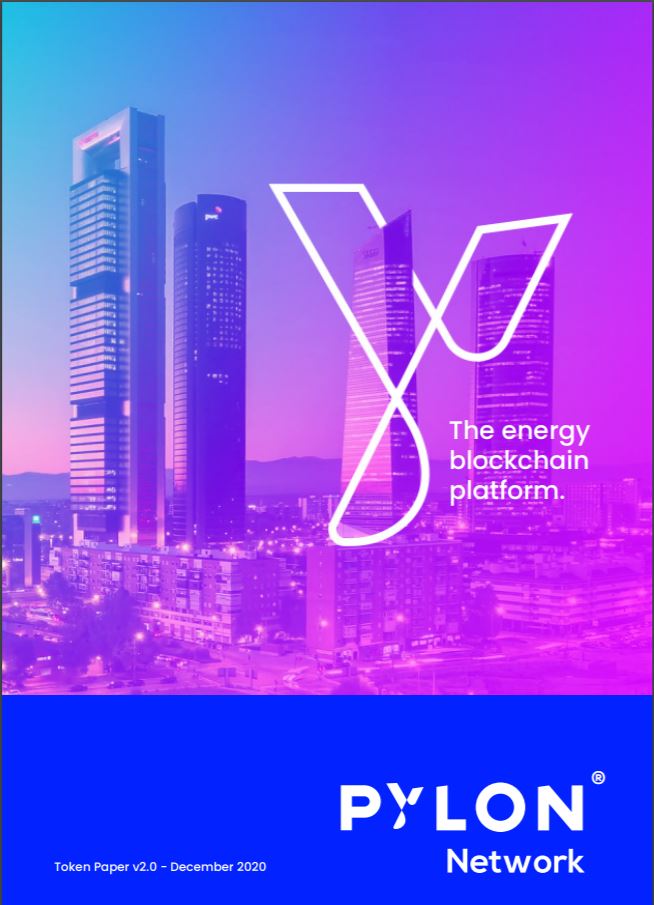 Download the full version of our updated Token Paper here.

Got questions about the Token Paper? Join us on Telegram and talk directly to the team!